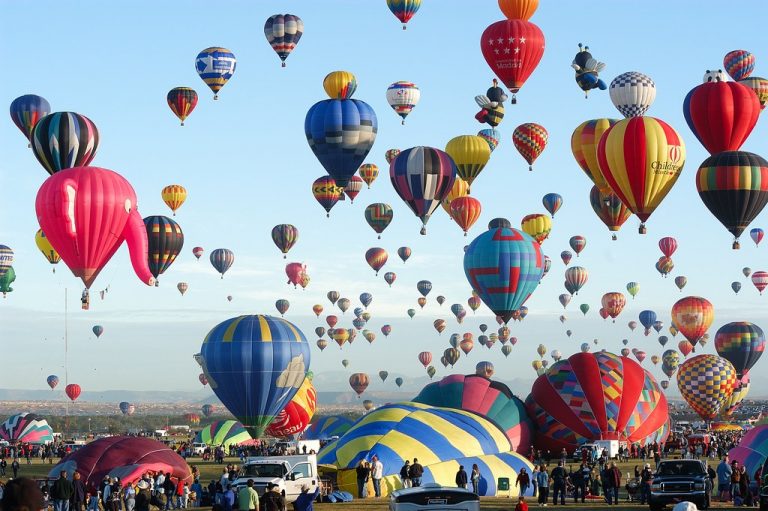 If there is one fun and colorful activity that Pampanga is most know for that will be the Hot Air Balloon Festival. The festival is an annual event happening between January and February at Clark Freeport Zone, just a few kilometers away from Alviera. More specifically, the festival will take place at Omni Aviation Complex. The festival features multi-colored hot air balloons flying in and around the Field.

Let’s dig deeper into how enjoyable the hot air balloon festival can get.

HISTORY OF THE HOT AIR BALLOON FESTIVAL IN PAMPANGA

Before it even became the biggest sports event in the country, having a festival was decided by the then Tourism Secretary Mina Gabor and three of her friends including a hot air balloon pilot in 1994. Three years after the massive devastation brought by the eruption of Mt. Pinatubo, the hot air balloon festival aims to jumpstart Pampanga’s economy. Another objective is to position the province as a center of aviation in the Philippines.

In 1994, there were 21 balloon pilots from 10 different countries. The Philippines has an entry. The 1994 balloon festival was so successful there was an increase in the total number of participants in 1995 from 21 to 27 which include the basketless one-man balloon and 2 entries from the Philippines. In 1995, the use of ultra-light planes was introduced.

From 1996 to 1998, the hot air balloon festival saw an immense growth not just in terms of participants and watchers, but also to the events involved. Other aero-sports such as paragliding, skydiving, motorized hang gliding and kite flying were introduced. Other regular attractions are the aerobatic stunts conducted by the Philippine Air Force.

In 1999, the festival was cancelled. It resumed in 2000 with only 12 balloon participants and 18 light planes hailing from Japan, Thailand and Singapore. In 2003, the festival witnessed a change in the traditional format of balloons that the Pampanga skyline had not seen any before. For instance, Korea introduced the newspaper hot air balloon while Japan presented a large dog. Balloon pilots from Malaysia, Germany, Sweden, United Kingdom, Czechoslovakia and Netherlands participated during that year.

From 2004 until today, the hot air balloon festival now draws more than 50,000 visitors from all over the world. Participants are from the US, the UK, Canada and Asian countries.

The flying activities will be much diverse in the coming 19th Philippine International Hot Air Balloon Festival. It will include:

Tickets are already available online (one ticket per person per day, â‚±300/ticket). But if you wish to witness the grand parade and showcase of balloons and aircrafts, you need to be at the venue perhaps around 4am (gates open at exactly 4:30 am and close at 10:00 pm).

Depending on wind conditions, you might see the first hot air balloon fly at around 5:30 am to 6:00 am. Balloons are chased and the next time you will see them might be around 5:30 pm to 6:00 pm. All the balloons are tethered on Saturday and Sunday nights for the Night Glow.

Guests can ride the balloons for discovery flights. Separate tickets are available for this as well as riding other aircrafts and doing tandem paragliding. Riding will only be allowed if the wind conditions are conducive on that day. Tickets for these activities are also available online.

If, for some reasons, you are yearning for more activities other than the ones mentioned above, visit Sandbox at Alviera. Witness Porac’s skyline through a giant swing, aerial walk or roller coaster zipline. Only for the brave-hearted though!