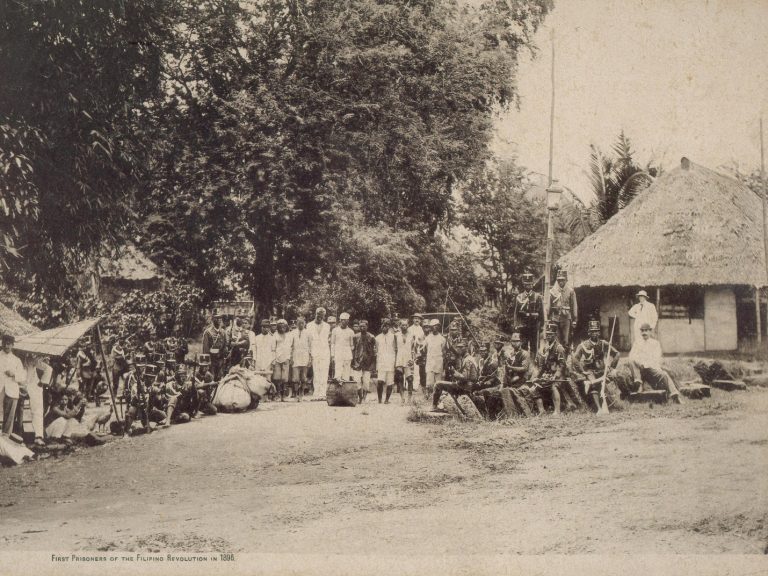 Based on archival shreds of evidence of Pampanga history, the province is a descendant of the Luzon Empire, which was colloquially known as the Kingdom of Tondo. Lakans ruled such a kingdom.

The natives were linguistically distinct from the Tagalogs living in nearby provinces. A popular belief is the native Kapampangans were descendants of migrants from Central Java, specifically from Malang Region. Whether or not the people came from Java or other Malayan countries as claimed by other historians, there were thriving settlements along the banks of Rio Grande de la Pampanga (now called Pampanga River) when the Spaniards came.

Accounts on Pampanga history noted that the native Pampangos refused to submit to the Spanish authority until Martin de Goiti, who was considered as the discoverer of the natives in Macabebe, was tasked to reduce the number of recalcitrant natives. After triumphantly conquering the place and its people, the province was created shortly.

Furthermore, historical pieces of evidence dictate that the province of Pampanga was officially created on December 11, 1571 by the Spanish authorities. Pampanga was subdivided into pueblos (towns) and further subdivided them into barrios (districts) as well as encomiendas (royal and private estates).

Based on virtually all accounts regarding Pampanga history, Pampanga was one of the richest places in the country. In fact, Manila and other surrounding provinces and regions are dependent on Pampanga’s thriving agricultural, forestry and fishery and labor industries. So, the Spaniards decided to reorganize it into a province for governmental control and taxation purposes.

In a June 20, 1591 report to the King of Spain about Philippine encomiendas, Spanish Governor Gomez Perez Dasmarinas included Bataan, Binto, Betis y Lubao, Caluya, Macabebe, Guiguinto, Apalit, Candaba, Calumpit, Malolos, Bulacan and Mecabayan as La Pampanga’s encomiendas. However, due to the excessive abuses that grantees committed, the King prohibited further awarding of these states in 1574. The royal decree was fully enforced by 1620.

1645 – Francisco Maniago led a revolution against paying tributes to the colonial officials. Rice was levied as tributes back then.

1660 – With Andres Malong at the helm, Melchor de Vera and his forces of fighters tried incorporating Pampanga into a kingdom based in Pangasinan. They were hindered at Magalang, wherein Magalang, in particular, was not accounted on archival data of Pampanga history.

1896 – Pampanga joined the revolution. It was the first province to do so.

1903 – Clark Air Base was built during the American period.

In 1873, La Pampanga’s present borders were drawn, which is certainly an important element in Pampanga history. Other provinces were created to accommodate the growing population. During that time, Pampanga was inhabited by over 1.5 million people in 2,200 km2 of land. Other towns, some even well-established towns, and private states were included in the emerging provinces in Central Luzon.

Records in history showed Pampanga originally comprised the entire Central Luzon. The subsequent creations of other provinces such as Tarlac, Nueva Ecija, and Bataan reduce the size and scope of the province.

1848 – In the same boundary configuration, the Spanish General awarded San Miguel de Mayumo municipality to the province of Bulacan.

1860 – Northern towns of Porac, Mabalacat, Floridablanca, Magalang, Bamban, Victoria, Concepcion, Capas, and Tarlac were separated from the province. They were placed under the military command jurisdiction known as the Comandancia Militar de Tarlac.

1873 – The first four towns were given back to Pampanga. The rest of the towns became municipalities of the province of Tarlac upon its creation in the same year.

Japanese planes bombing the Clark Air Base in December 8, 1941 marked the beginning of Pampanga invasion and a dramatic change throughout Pampanga history. From then on until 1942, the Japanese forces tried to penetrate the province. Under the Japanese Occupation of 1942 to 1944, counter-insurgency attacks focused on the Kapampangan and Hukbalahap (Hukbong Bayan Laban sa mga Hapon) Communist guerillas. They helped the US military in fighting and ousting the Imperial Japanese armed forces.
In between 1935 and 1946, the military general headquarters and camp bases of the Philippine Commonwealth Army were very active. The same goes for the Philippine Constabulary, which was active from 1935 to 1942 and again from 1944 to 1946. Anti-Japanese military engagements were concentrated on various areas in Pampanga and other nearby towns, provinces, and municipalities including Bulacan, Bataan, Northern Tayabas (now called Aurora), Tarlac, Zambales, and Nueva Ecija.

Dubbed as the Hukbalahap Rebellion, which forms the foundation of post-colonial Pampanga history, the uprising occurred from 1946 to 1954. The armed socialist movement was driven by the evident inequalities in the agrarian wherein land ownership was concentrated in a very number of families. This led to the creation of an agrarian reform program implemented in the Republic of Diosdado Macapagal, a devout Pampango.

Nonetheless, Pampanga is honored as one of the eight rays in the Philippine flag due to its revolt against the Spanish and Japanese colonizers. The Kapampangans take great pride for their forefathers’ contribution in attaining independence.

In 1991, Mount Pinatubo erupted. The unfortunate event displaced thousands of Pampangueños. About 847 people were killed. About 2.1 million people and 364 communities were affected and the Aeta people were the hardest hit. Over 8,000 houses were destroyed and 73,000 were damaged. Agriculture was seriously affected, destroying 800 km2 of farmlands and killing 800,000 heads of livestock and poultry. As a result of the eruption, the American military forces abandoned Clark Air Base.